Our General manager Dale Ashford speaks to Doha News about the new regulations of Education Credentials.

Our General Manager Dale Ashford told Doha News that the government began rejecting job applicants’ degree certificates when the new rules took effect a few months ago. There was no grace period after the government issued a circular on June 01, 2016. He also mentioned that obtaining a letter from one’s alma matar will be tricky for many, particularly if they left college some time ago:

There are many questions concerning the ‘statement’ on behalf of the University/Institution, not least, who will prepare it. This is something entirely new for them and will entail a considerable amount of work. Presumably, some form of charge will have to be levied for this. There will also be other issues, depending on the age of the applicant, such as universities closing or merging and so forth.

He also said that, expats already in Qatar would most likely have to pay agencies to help them complete the attestation process in their home countries “at quite a cost”. Additionally, he said the new ban on distance learning degrees will cause significant problems for many job applicants, particularly Master’s students, who often study online.

The following is a copy of the circular issued by the Qatar Embassy in London, detailing the new rules: 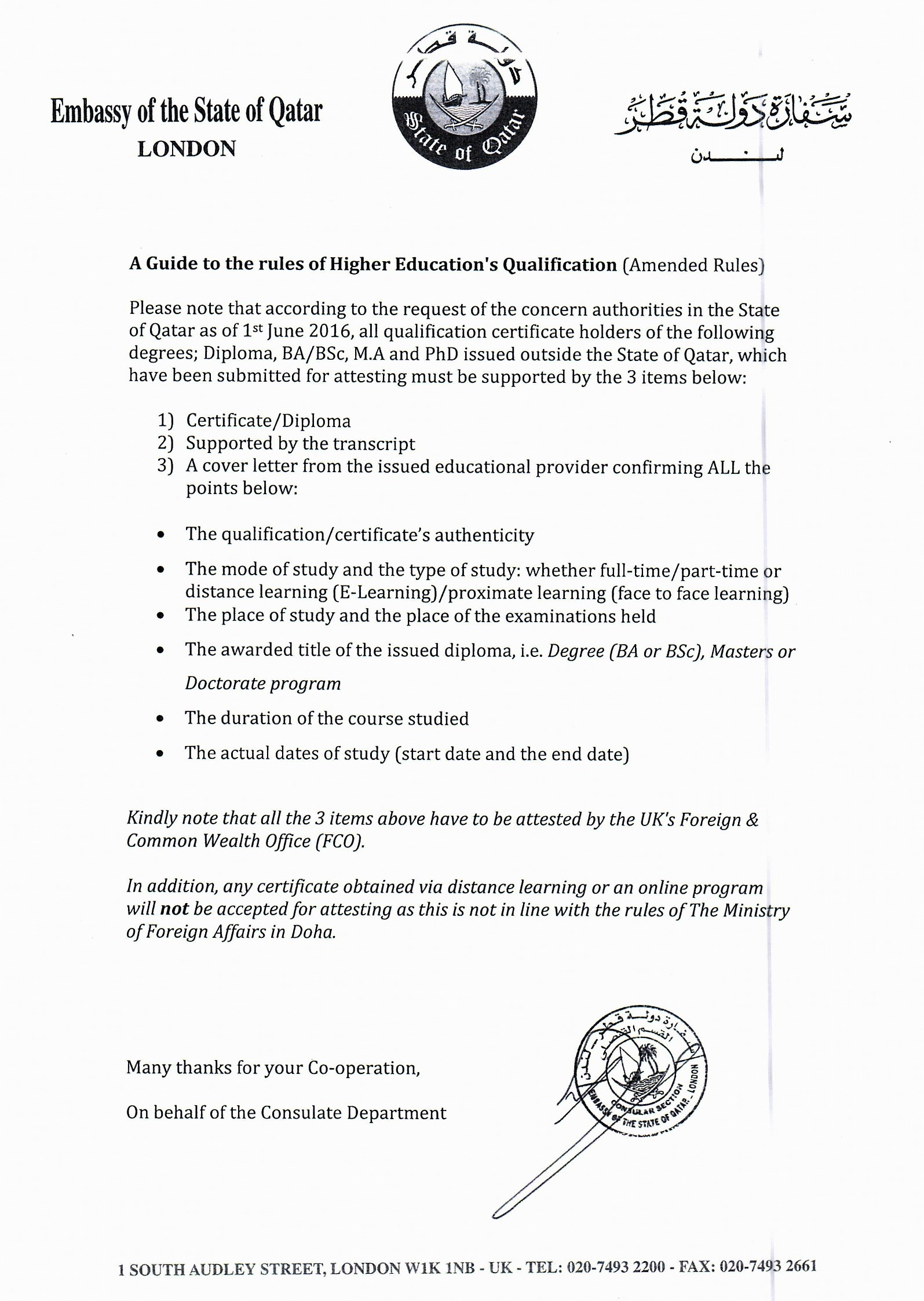